My way from model to novelist

I’ve never really liked changes. My life has been turned upside down many times since the day I was born in Simrishamn in 1944. However, now I’ve lived in Tomelilla and been married to my husband Sjunne almost 50 years, so I’ve definitly found my stability in life.

I was born and raised in Simrishamn in the area called Österlen in the southern part of Sweden. A couple of years in my youth I lived in Smedstorp, where my parents had a men’s outfitter. Later on, I moved back. When I was a little girl I dreamed of becoming a cirkus princess and a journalist. Sometimes it feels like I’ve become a little bit of both.

My sister Gunnel is 13 months older than me. We grew up as twins, did everything toghether, always dressed the same way. Growing up we became more and more different. I don’t fly, I keep away from both boats and elevators. My sister sails around the world. We’re still very close. 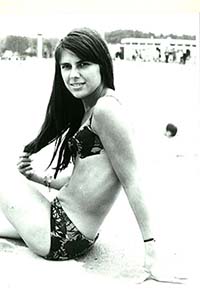 When I grew up my father performed as a magician. When I was ten years old I started to go with him as his assistent. It didn’t take long until it was me doing the tricks with my father as my assistent. I still know a couple of good tricks. In 1959 I finished elementary school and started to work as a dental assistent trainee and in my parents shoe store. When I was 17 I became a …model for a company that sold coats. I also worked as a bikini model. My parents thought it was ok as long as it was desent. And it was most of the time.

There’s one modelling job I will never forget. It was at Gislövs stjärna in Österlen, there was 500 ladies in the audience and Jan Malmsjö was the host. In the end of the show I was wearing a weddingdress and Jan probably got a little excited. At least he huged me and gave me a kiss on the cheak. Of course the press didn’t miss this. ”Sorry Jan, she’s already married” Kvällsposten wrote. And I was. I met my husband Sjunne at a dance at Smedstorps Slottshall when I was 18.

In the 70’s I started to work as a custodian and a ….. for both the Social Services and in correctional treatment institutions. I’ve always felt a stong engagement in social matters and I started to get more involved politically. Later on I became a part time politician in the municipality.

At the same time I spent a lot of time in the acting club. When I read the notice in Ystads Allehanda that they wanted  extras for the film ”Picassos äventyr” that was going to be filmed in Tomelilla I knew right away that I wanted to apply. And I got a role. I had a great time although it wasn’t that glamoruos.

In the late 70’s I decided to get my high school-degree and in 1983 I started study Social studies at the university in Lund. When I graduated in 1986 I had also worked five years as a radiohost at Radio Kristianstad and continued there for many years.

The theatre continued to play a big part in my life and in 1988 I got a small part in the film ”Vargens tid” by Hasse Alfredsson. I was the stand-in for Lill Lindfors. To be honest I got to do the boring things that she didn’t want to do. Even so, it was a really memoriable experience. At one time I ran up and down a hill with kettles and pans on my back while Tomelilla Fire departement was pouring water over me to make it look like rain. 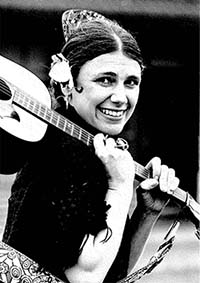 I have always wanted to write. But I never thought I could do it. In 1984 I got accepted to an evening course at the Academy of the Performing Arts in Malmö. The title was ”Writing drama” and took place during the week-ends for two years. Something happened. Of course I got both negative and positive feed back, but I started to believe that I could actually write. I had sent a couple of short stories and some other pieces to the newspapers before, but I had always used a pseudonym. After the course I began to sign my work with Karin Brunk Holmqvist.

I  published my first collection of poems, Nära verkligheten myself in 1996 . For one of my first readings we had rented the chapell in Skillinge. We were three nervous debutants there and the visitors were not that many. I sold two books and went home thrilled. ”Finally it’s happening”, I thought. And the book sold out, but then I spent all my time reading the book for people.

The second book I wrote was the Potency givers. When my first publisher house read the script they agreed to help me with half of the costs. I paid the rest myself. In 1999 I became a member of the Swedish writers society. That was huge. To become a member you have to be the writer of two published novels and they have to be approved as quality novels. It felt wonderful that the Society saw the quality in my books. In 2004, Kabusa Böcker started to publish my books and it was at that time that it started to go really good. Finally I could be a full time writer.

To read more about Karins books, just click on the image below. More books... 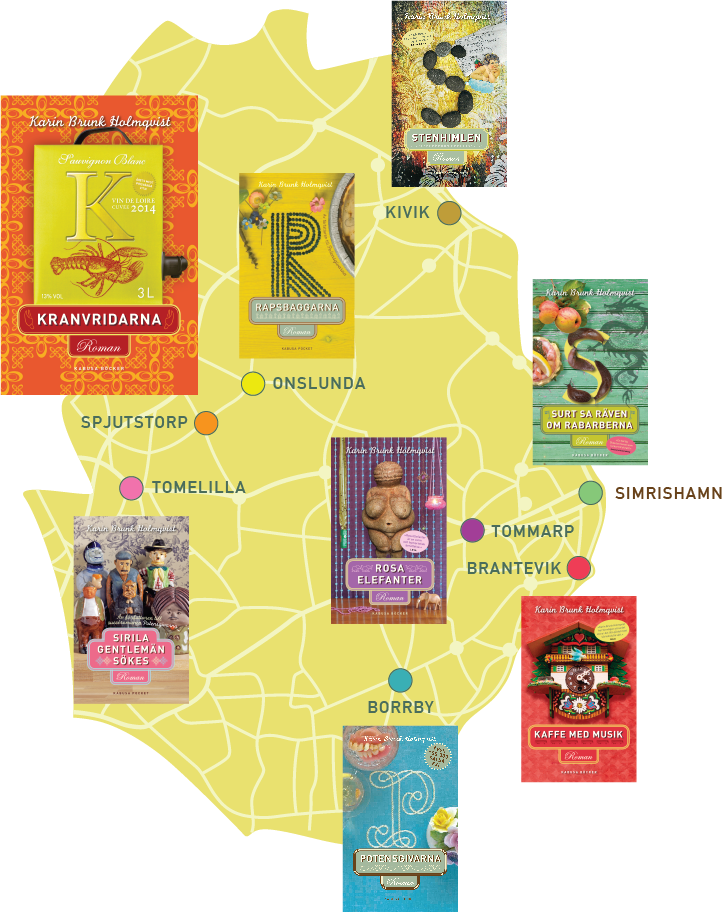